The Pope, the Media, Congress, the Fed, and others have all been talking about inequality lately. It’s driving me crazy because they talk about it in very misleading ways. Do they not understand it, or do they have ulterior motives?

Here’s the best article I have read explaining what inequality is, and how it is commonly mis-understood and mis-represented. It’s by Phil Birnbaum. 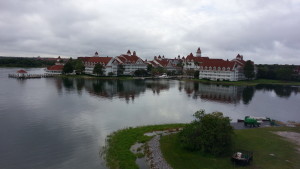 Disney puts us up at a nice place. 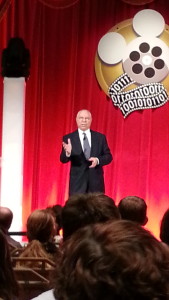 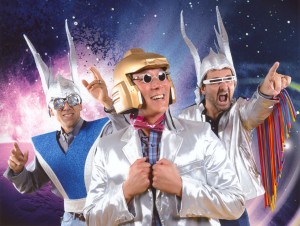 We had fun events each evening. One of them was a party with all kinds of activities. I went on a galactic mission with 2 of my colleagues, using some of the cool technology from Guardians of the Galaxy. 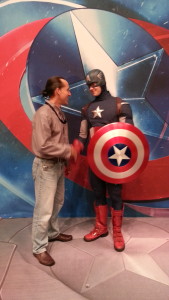 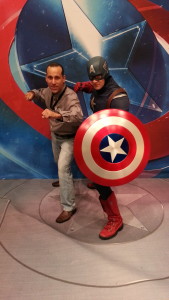 I met Captain  America and we readied ourselves to defend against enemies of freedom. 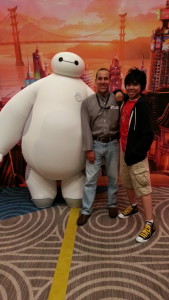 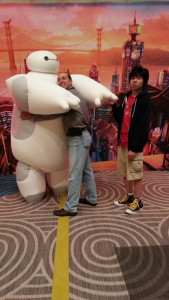 I met Baymax, who is irresistibly huggable. 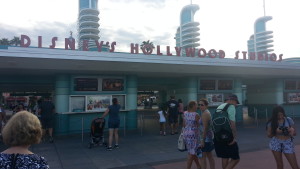 On the last night we finally got time to visit one of the parks, only 2 hours before it closed. 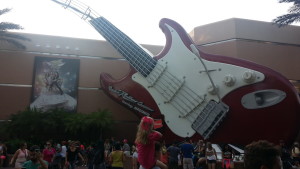 That was still enough time to ride a roller coaster, 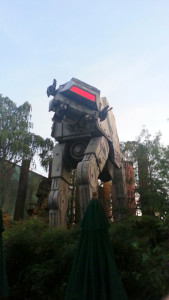 visit the Twilight Zone, and fend off an attack from the Empire. 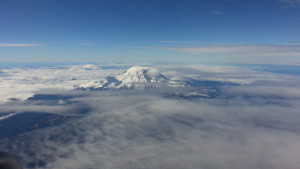 Finally, it was time to return home. Nice view of Mt. Rainier on Sat morning.

I’m quite happy with my audio system. Why change anything?

My audio system is analog based. That is, each source component has a line level analog output that drives my poweramp/speakers, and my headphone amp. I built a 10k passive attenuator to select the source and set volume levels. Having a single metal film resistor in the signal path, it gives the ultimate sonic transparency. No active preamp of any design at any price can be more transparent.

However, that doesn’t mean better sound cannot be had. Lately I realized my phono amp is my only true analog source. All other sources – from tuner, to Tivo, to CD player, etc. were all digital and offered digital audio outputs (optical or coax). Each of these devices also has an analog output, which means it has its own on-board DAC and analog output stage.

So what kind of DAC would I consider?
First some simple requirements:

Most DACs meet these requirements. The only 2 sticklers are (1) Reference Quality and (2) Analog input.

The candidates came down to 2 units:

Other good units like the Benchmark DAC1 (or DAC2) were out due to their lack of analog input, or lack of line level analog outputs.
Ultimately it came down to the Oppo HA-1 because it is the only unit that has all of the following:

If the HA-1 didn’t pass muster, I’d give the Grace a try. One Grace feature I’d like to have, that I gave up with the Oppo, is a headphone crossfeed circuit. This sounds gimmicky, but the Grace uses Jan Meier’s crossfeed, which I have come to enjoy in the Corda Jazz headphone amp I use with my desktop computer audio system.

The HA-1 sounds a lot like the Corda Jazz, which I reviewed here. This is a good thing. It’s clean, neutral, and natural sounding. The Maxed out Home, in comparison, is a bit warmer and the extreme highs are a bit softer. The Maxed out Home is an excellent amp, but I prefer the Jazz – and the HA-1.

The HA-1 headphone output level is 6 dB louder (twice the voltage, 4x the power) in balanced mode. The HA-1 is designed fully balanced from the digital to analog stages, and provides the cleanest, lowest distortion sound in that mode.

The HA-1 headphone output has two gain modes: low and high. This gives it flexibility to drive any headphon with any kind of music. I’m using the HA-1’s low gain, mainly because I’m using the balanced output which is 6 dB louder than unbalanced. In unbalanced mode, into my LCD2-F and HD-600 headphones, low gain mode isn’t quite enough for recordings made at low average levels (like music with wide dynamic range, recorded quiet to have room for dynamic peaks).

Speaking of the line stage. I’m using the HA-1 balanced line outs to drive the balanced inputs of my Adcom 5800. The Magnepans in my listening room are just a touch more transparent and revealing than the LCD-2 Fazor, though the Mags roll off below 30 Hz and LCD-2 doesn’t. The comparison here is the analog output of my CD player, through the passive attenuator driving the unbalanced inputs of the 5800 (what I’ve been listening to for years), versus the digital output of the CD player, sent to the HA-1, driving the balanced inputs of the 5800. So to switch I had to turn off the 5800, flick switches on the back from unbalanced to balanced, then turn it back on. This takes about 30 seconds, too long to be ideal for comparison, but it’s the best I could do.

Unsurprisingly, they sound quite similar. In order from most evident to least: the HA-1 is a touch faster/cleaner in the extreme high frequencies, a touch lighter in the bass, and a touch smoother in the midrange.

In the highs, it took a high quality recording of castanets, and harp, to hear that the transient response was just a smidge faster and cleaner on the HA-1. My prior system was no slouch, but there’s no question the HA-1 does extreme high frequencies better. I’m talking about frequencies high enough we don’t hear them as “treble”, but we hear them as “air” or cleaner transient attack. The strange thing is, the HA-1 is not only a touch faster and cleaner, but also lighter. The castanets and sharp harp plucks on the short top register strings weren’t louder, just better defined, portrayed with a lighter more natural sound.

Listening to acoustic percussion (Rabih Abou-Khalil’s Tarab, Fredericksen’s Elfin Knight), the HA-1 portrays the bass with a lighter touch – overall there’s simply just a bit “less bass”. But the HA-1 bass goes just as deep. This evident on harp recordings – big harp strings can emit incredibly deep bass with frequencies below 30 Hz. It’s subtle but moves the air in the room. The HA-1 loses nothing – all those ultra-low resonances are there. So while the HA-1 overall presentation is slightly “leaner”, the ultra-deep bass is all there. Then for fun I popped in Diana Krall “Temptation”. Fantastic – the bass was phenomenal, her voice was amazing, and the percussion transient attacks were fast and light.

With the mids, with only a couple of hours of listening I couldn’t decide whether the smoothness of the HA-1 is a slight veil obstructing detail, or whether that extra detail was artificial (perhaps a very slight amount of intermodulation distortion). It may be a bit of both. For example when Cecelia Bartoli belts out the crescendos in Rossini’s Belta Crudele, the smooth core of her voice has an spine chilling edge to it, which I used to think was just getting too close to the mic. With the HA-1, that edge is still there but smoothed just a touch. More natural, I think so. But there was some detail that is missing – whether that detail was in the original recording, or distortion, was an open question resolved by further listening.

Voicing: the HA-1 mids are more open and natural; the CD player’s analog output in comparison is ever so slightly congested. Put differently, the CD player has a midrange “presence” that the HA-1 does not. If you heard the CD player alone you’d never say it has congested mids – it sounds great. Only in direct A/B comparison does this subtle difference become evident. This is most noticeable on some recordings that have a bit of congested midrange, for example the Chieftans 7, or to a lesser extent, Wincenc & Raps Mozart flute/piano sonatas on Naxos. The congested midrange is a flaw in these recordings. The CD player’s analog outputs accentuate this flaw, while the HA-1 opens up the congestion a bit, revealing a bit more detail and sounding more natural. Interestingly, one of the reasons I picked this CD player (Onkyo DX-7555) is because its mids were more open and natural, less congested than the Rotel RCD-1070 I had been using before. Once again, the HA-1 is a similar improvement taken to a higher level.

Large ensemble music (10 or more acoustic instruments playing simultaneously) really differentiates the HA-1 (from the CD player analog output through the attenuator). The HA-1 simply resolves it better. Each instrument is more individually identifiable, sounding less like a “wall of sound”. What’s really interesting is, 15 years ago when I built the 10k attenuator, this is one area that really differentiated it from the preamp I had been using. Back then, I figured this was the result of the elimination of intermodulation distortion. The HA-1 is a similar improvement, taking it to a new level (the difference isn’t huge, but it is clearly audible). To be clear, the HA-1 is not “brighter”, it’s just more clear, natural and airy sounding with large ensemble music. This is most likely the result of more accurate response from 10 kHz upward.

These differences are subtle, but easily audible. Put together, they’re enough to make the HA-1 a worthwhile addition to my system. It’s simply excellent all around – the DAC, the headphone amp, and the line stage. It’s superbly transparent and neutral – not warm, not cold, not harsh, nor lush. It sounds like whatever recording you’re listening to. It’s ultra detailed yet the detail is natural without a hint of harshness or midrange edge. Big dynamics are effortless and microdynamics add to the realism.

Some have given the HA-1’s linestage mixed reviews. I have no mixed feelings about it. It’s fantastic, better than any active preamp I’ve ever heard, with transparency rivaling my 10k ladder stepped attenuator. Mag 3.6/R speakers are revealing and unforgiving, and the HA-1 really makes them sing.