LineageOS is the open source version of Android. Combined with OpenGApps, it has all the functionality of Android, without any of the bloat-ware, crapplets or customized skins that manufacturers and carriers add to Android. And, it’s supported by a community of developers so you can get the latest version of Android on your device long after the manufacturer abandons it to planned obsolescence.

The LineageOS home screen launcher is called Trebuchet. It is more configurable than most stock ROMs. There’s a particular setup I like that combines a dark background (which saves battery on OLED screens) with big icons. Setting this up is simple:

First, long-touch a blank spot on the home screen. The home setup screen appears. Your icons will be different from shown, but the bottom area will be the same with the WALLPAPERS, triple-dot button, and WIDGETS: 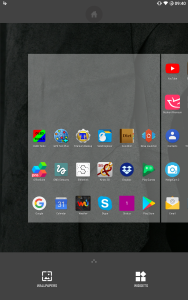 Touch WALLPAPERS in the lower left. A screen like below will appear asking you how you want to pick wallpaper. Pick the one circled in RED: 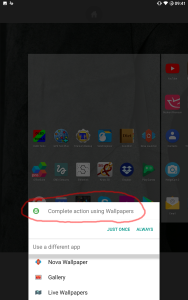 A screen like below appears asking which wallpaper you want. Pick the one shown below: 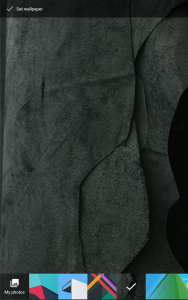 A screen appears asking where you want to use this wallpaper. I usually pick both home screen and lock screen: 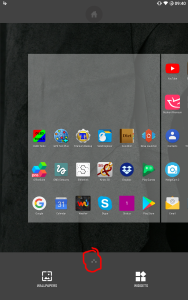 The following menu will appear. You can set a bunch of stuff here; icon size is at the bottom: 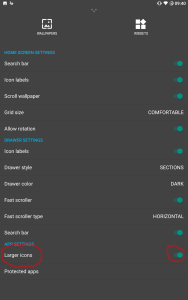